Years ago after the launch of first cellular network, 5G (5th generation) is set to follow 4G (or LTE) in the near future as the next mobile communication standard on the market. 5G technology represents a new stage in the development of mobile communications. But what can it actually do? And what conditions must you meet to take advantage of the impressive data transfer rates of the new high-speed mobile technology?
You can find answers to these and other related questions in the following article.

What is 5G technology?

Above all, 5G technology will revolutionize mobile data transfer by providing greater capabilities within mobile phone antennas. In summary, the fifth generation of mobile communications will bring faster transfer rates, lower latency, and generally more new applications. You will meet future data rate, network capacity, latency and data security requirements. So is 5G a giant step into the future?

While 4G / LTE currently reaches bandwidths of up to 150 Mbit / s, or up to 300 Mbit / s in some cities, the bandwidth for 5G is much wider. And while 4G bandwidth may be fine for fast downloads of large amounts of data, the new generation will have the ability to connect machines and devices. It will do so 100 times faster than its predecessor, with virtually no noticeable lag and on thousands of devices at once.

No, he will not. The introduction of 5G is more of an evolutionary step that will complement the existing network. The parallel operation of both technologies will allow increasing the capacity and speed of the network in the future. Private end users will not be required to purchase new devices as long as they are compatible. The LTE (4G) network is an integral part of 5G and as such will continue to function and be available in the future.

What requirements must be met before 5G technology can be used?

This new communication standard requires additional frequency bands. Within 5G there are numerous subnets, which can serve different applications individually and in parallel. This technology is known as Network Slicing. It is based on technologies like Network Function Virtualization (NFV) and Software Defined Networking (SDN).

What is the target audience for 5G?

Data traffic continues to grow relentlessly worldwide. Network operators face the immense challenge of meeting the demand for fast and ubiquitous data links by providing larger and improved wireless networks. Now that citizens around the world are connected in a standard way, the next step towards the future is being taken. Communications are expanding to include machines and devices, connected in the IoT. When 5G is introduced, virtually everyone will benefit.

Focus on the industry, but private users will also benefit

In this way, not only will industrial applications and machinery, logistics (Industry 4.0), robotics and AI be improved, but also areas such as traffic and vehicle telematics – autonomous cars are currently a hot topic – , not to mention “telehealth” and agriculture. Although the focus will be on the industry, private users will also benefit from the new generation of mobile communications, especially when it comes to smart home technology and entertainment solutions.

What are the problems and dangers associated with 5G?

Like 3G or 4G, 5G is based on electromagnetic radiation, which has long been suspected of being harmful to our health. However, as long as mobile phone towers and smartphones respect existing transmission power limits, they are considered to be sufficiently safe. The thresholds are based on the proven warming effects of radio waves, similar to those of microwaves, in which adequate shielding serves to block radiation emissions.

When can 5G be used?

Network operators will have to implement network expansion in the area with 4G instead of 5G. “5G is a revolution,” says Mike Cansfield, analyst at the International Data Corporation at heise.de: “and it’s happening now.” In Asia and the United States, network operators are already rolling out 5G technology. In South Korea, for example, the first 5G smartphone is already on the market, and the corresponding mobile phone network has been in operation for a long time. 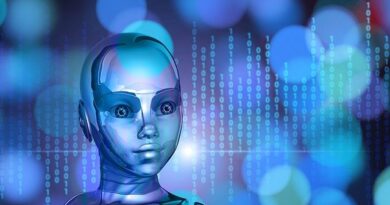 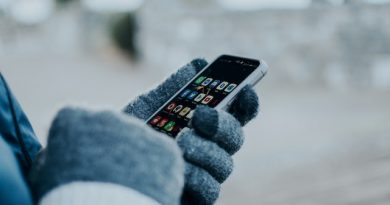